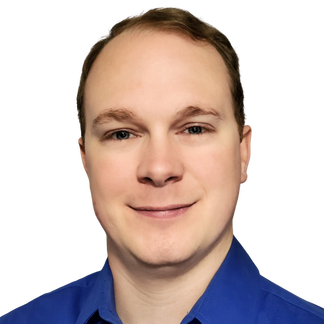 LINKEDIN
Justin L. Smith was born as Justin Lawrence Samuel Smith at the Alexandra Marine & General Hospital in Goderich on January 30th, 1988. He first lived in Dungannon, Ontario until the age of four when he moved to Huron Haven Village, north of Goderich.

Justin graduated from high school in 2007 and moved to Sudbury to attend Laurentian University, majoring in Chemistry. Justin transferred after his first year to pursue an education in the legal field at Cambrian College. Justin volunteered in the community with Christmas parades, Devil’s Night and Hallowe’en Night watches and earned a living in the sales and service industry.

A graduate of Cambrian College 2-year Police Foundations program in 2010 Justin moved to Ottawa and continued to work in sales and service. Justin returned to Laurentian to major in the Law and Justice Specialization program in 2015.

Residing in Sudbury, Justin saw a group of individuals who were helping the community by picking up discarded needles where no one else would and helping to feed the homeless. Since Justin has done a lot of volunteer work in the past, this looked like another good opportunity to help his community. Justin joined the group and continued to volunteer at the local soup kitchen, picking up used needles, helping veterans with their yard work, and feeding and clothing the homeless out of pocket. The group was called the Soldiers of Odin (not to be confused with the Sons of Odin).

​After Justin graduated from Laurentian in 2018 with Honours, he left the group when he moved back to Goderich.

In Goderich, he is the store manager of Parsons Used Furniture (Saint Vincent de Paul) and a representative with Primerica Financial Services. Justin has been serving as Secretary for Huron-Perth Crime Stoppers since October 2020. Justin is a member of the Canadian Coalition for Firearms Rights (CCFR), and supporter of the Justice Centre for Constitutional Freedoms (JCCF) and the No More Lockdowns organizations.

In September 2021, Justin campaigned as an Independent candidate in Canada's 44th Federal Election for the riding of Huron-Bruce. He placed 5th with a total of 509 votes (0.9%).
​Justin Smith has always been one to help those in need, as attested by the thousands of community volunteer hours he has done over the years across several communities and many organizations and solo without wanting recognition. He believes that everyone should be treated equally and fairly, no matter what position or title a person may have- no one is above the law. He hopes that he will be able to try to level the playing field within the government so that they stop flaunting their power and the wasteful spending of everyone’s hard-earned money.
Justin's hobbies include reading case law, fantasy tabletop roleplaying games (D&D, MTG), camping, hiking, shooting competitions, and SCUBA diving.
For further information on Justin L. Smith's past involvement with the Soldiers of Odin while in Sudbury please click on this link.